Imagine this… It’s the Summer of 2020. You, your family/friends are holidaying in Tokyo for the Olympic Games, it’s a long way from your hotel to the venue so you call a taxi and up rolls a car with no driver.

That could well be a reality for the next Olympic games.

This is an interesting story in a few ways. The first is that when we’ve heard about self-driving taxis, we usually hear the stories coming from companies like Uber & Lyft. But in Japan, taxi companies are teaming up with Toyota to share data that would they will then use in the development of self-driving cars.

We know the technology is there for self-driving cars when on a closed circuit or test environment, but out in the real world, the jury is still out on how best to regulate. For instance, how would you identify the guilty party in a crash? It’s a tricky business to get into along with other things worth considering such as, will the automated drivers know about shortcuts?.. . either way, it’s scary to think that this could be a reality so soon.

What’s on in Birmingham this July!
TC Cars Welcome Parkers Cars to the TC Cars Group! 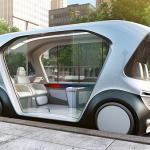 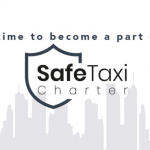